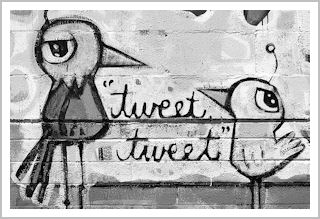 Billions of tweets. Each week.

How can you stand out?

How can your tweets get noticed in the endless stream of twitter and chatter?

How do you enchant your followers? And get retweeted?

First, you need to ensure you don’t sound like a boring old sod or a sleazy salesman. Follow these 7 tips…

How to avoid being boring as heck

Sometimes the endless stream of tweets feels like one-way traffic.

But there are precious opportunities to connect.

Follow these 12 tips to engage followers and attract new ones:

How to write tweets that get noticed

Writing tweets is fantastic practice to improve your writing skills.

Be concise. Grab attention with power words. And learn to develop your own voice.

Plenty of stats exist that tell you how to become more popular on Twitter.

But if we all follow the stats, don’t we all start to sound the same?

Like with all types of conversation, you need to find out what works for you. Learn how to show your enthusiasm. Consider how to demonstrate your expertise. Decide whether you’re comfortable with personal tweets or not.

Twitter will be most successful for your business if you let your personality shine through. Be you. And have fun.