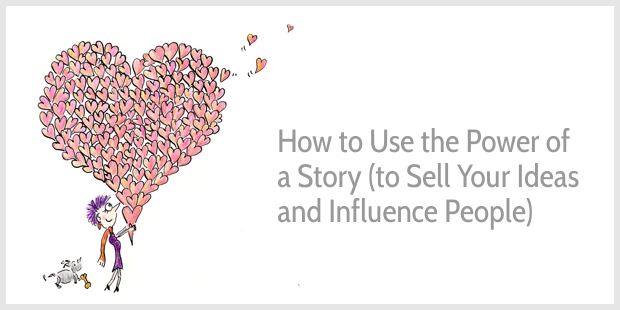 Which stories do you remember?

And how have they influenced your life?

Intuitively, we all know the power of stories. They teach us what’s wrong and what’s right, who are heroes and who are villains.

Stories help us make sense of who we are (or who we want to be).

Years ago, a powerful story embedded itself into my mind, influencing how I view the world …

The story I remembered

In 1964, Kitty Genovese was stabbed in New York in the middle of the night.

What I remember most vividly from that story is that none of her 38 neighbors called the police. No one went outside to help her.

Her neighbors watched on from the safety of their apartments, their windows lit up. That is the image that got stuck in my mind.

Why did nobody try to help?

Genovese’s story was widely reported, not so much because she died from her stab wounds but because her neighbors ignored her screams for help. The story was a symbol for the anonymous life in big cities, and it was used as proof for the bystander effect. That’s why I came across it. The bystander effect suggests that if more people watch an accident happening, they’re less likely to help out.

Even while typing this story now, I feel the cold creeping into my bones. I shiver.

Are humans really so indifferent to each other?

But what if the story is wrong?

Her friend Sophia Farrar rushed out of her apartment to help, risking her own life. Genovese died in her arms.

The original story I read suggests 38 eyewitnesses were doing nothing, just watching.

It was a cold night, and most people slept with their windows closed. They didn’t hear anything. Of the people who did wake up, two called the police.

Bregman’s version of Kitty Genovese’s story is not a story about indifference. It’s the true story of a caring neighbor and authorities showing up late.

(…) the only thing that can replace one story is another story.
~ Yuval Noah Harari

How to persuade with stories

In his book Humankind, Bregman is on a mission to show us that humans are basically good, and he deploys a powerful way of persuasion.

First, he tells us a story illustrating the indifference, aggression, and selfishness of human beings—just like the bone-chilling story of Kitty Genovese as I had originally read it. It is one of the many mistold and misremembered stories that Bregman corrects in his book.

Next, Bregman retells the story. He shows us what really happened—Kitty Genovese didn’t die alone; her friend Sophia Farrar rushed out to help her. It was the police who showed up late.

Bregman also tells fresh stories, like the story of 4 bystanders—complete strangers—who jumped into an ice-cold canal in Amsterdam in February 2016 to save a mother and her toddler trapped in a car. Another vote against the bystander effect.

Last but not least, Bregman backs up his stories with wider analysis and facts. For instance, Marie Lindegaard analyzed thousands of videos of “brawls, rapes, and attempted murders” in Copenhagen, Cape Town, London, and Amsterdam. Bregman quotes Lindegaard:

In 90 per cent of the cases, people help each other out.

Additional bystanders even lead to more, rather than less, helping.

This combination of storytelling and data is compelling.

A story engages us emotionally and helps us remember, and the data connect the story to the bigger picture. The story makes the data meaningful.

We are what we believe

According to Bregman, there’s a “persistent myth that by their very nature humans are selfish, aggressive and quick to panic.”

However, time and time again, the true stories show that when a crisis hits, humans become their best selves. They help each other. They’re compassionate.

Bad news is broadcasted for 24 hours every day of the week, and it warps our view of humans and the world. In his book Factfulness, Hans Rosling calls it our “overdramatic worldview.” Journalists focus on bad news because that gets more clicks and more views. We all pay more attention to bad news; it’s called the negativity bias.

When we were still hunters, living in the wild, our negativity bias helped us watch out for and avoid danger.

But now, our negativity bias warps our world view. The constant stream of negative news makes us all think the world is doing a lot worse than reality, and it makes it hard to believe in our inner goodness. How can we believe in humankind when all we read are stories about greed, rape, aggression, murder, and war?

Of course, humans are complicated. We’re not all good and not all bad. Such a binary choice is a dramatic oversimplification.

But think about this …

What would happen if, instead of focusing on our bad side, we took a more positive and more realistic view of humankind?

What if we believed more in our fellow humans and arranged our society accordingly?

Bregman shows us what happens when we start from a perspective of trust and friendliness. A company where employees are trusted to make decisions, increases it profitability. Children thrive at a school where they create their own curriculum; and no bullying exists. Citizens participating directly in budget decisions feel more engaged. And recidivism goes down thanks to a friendlier jail.

What story do you want to tell?

Stories shape our view of the world.

And in turn, our world view influences the stories we share and remember.

But we have a choice.

We’re unable to choose in what kind of society we’re born.

But we can choose what story we want to live. We can choose to make tiny ripples to change the world.

We can choose to spread love.

I’m not insisting that we be brimming with hope. It’s OK not to be optimistic. Buddhist teachings say feeling that you have to maintain hope can wear you out. So just be present. (…) The main thing is that you’re showing up, that you’re here, and that you’re finding ever more capacity to love this world because it will not be healed without that.

~ Joanna Macy (in conversation with Krista Tippett, On Being)

PS Thank you to Rutger Bregman for writing his book Humankind (and inspiring this post). And thank you to my friend Hongli Joosten-Ma for encouraging me to read Bregman’s book and to write about it.

Recommended reading on the power of storytelling: