The rule of three adds a sense of poetry and rhythm to your writing, making your content more pleasurable to read. But how do you harness the power of three?

The rule of three in writing 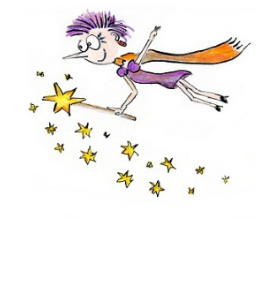 Uneasiness has crept up.

Heather Fields has been a freelance copywriter for several years.

Her clients seem happy; and she knows her content is engaging, persuasive, and mostly free from grammar mistakes.

But she also senses something is missing.

Does her writing lack flair? A sense of poetry? Is the rhythm out of sync?

On a lazy Sunday afternoon, Heather browses the web, thinking about buying a new MacBook. Or should she go for a Windows laptop?

And there she notices it …

The rule of three in Apple’s copy

Apple’s copywriters know how to harness the power of three:

Which makes it reliable, durable, and quiet.

Is that the magic power of three? Is that what’s been missing in Heather’s work?

And with Apple Pay, you can unlock an entire world of online shopping that’s fast, convenient, and secure.

iPad mini 4 runs iOS 9, the most intuitive, advanced and secure mobile operating system in the world.

Which means everything you do — playing games, surﬁng the web, enjoying photos and videos — becomes more personal, immediate, and immersive.

Is three a magic number?

It’s no accident that the number three is pervasive throughout some of our greatest stories, fairy tales, and myths.
~ Brian Clark

If you’ve joined a photography or drawing course, you may have come across the rule of thirds, too.

To create balanced pictures, don’t put a key feature in the middle. Divide your canvas in three equal horizontal and three equal vertical slices, and put your key feature on one of the cross sections, like this: 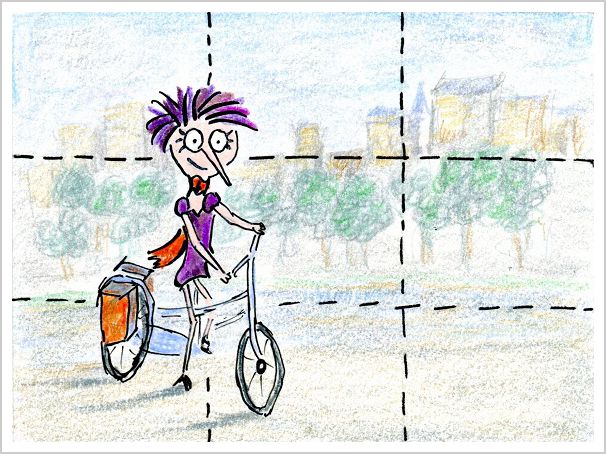 But what about the number two? Why do we have two arms, two legs, two ears, and two eyes? Isn’t two the smallest number required for creating symmetry?

And symmetry is related to beauty. Isn’t that magic?

As the New York Times reports, research has suggested that three arguments may be more persuasive than two or four. But the scientific proof for the persuasive power of three remains hazy.

Trios may or may not be more persuasive, but they can create a sense of poetry and rhythm, making our content more pleasurable to read and adding stress to a statement.

Pay attention to good writing, and you see threes popping up everywhere.

Examples of the power of three in headlines

Three adjectives, verbs or nouns can add extra power to your headlines:

And when you use a three act story for your blog post, you can also use the same three acts for your headline. For example:

Repetition and the rule of three

You may have heard repetition in writing is bad.

But that’s only true for accidental repetition.

When used with care, repetition can add stress and a pleasant sense of rhythm. For instance, note how the phrase “we can’t” is repeated three times:

As writers, our toolbox may seem limited. We can’t shout. We can’t use body language. We can’t even bang on a table to add weight to a message.

From: How to Write with Power and Authority, Even if You Feel Like a Nobody

Following the rule of three religiously, however, becomes monotone and dull. So, use trios in moderation.

How often do we read content that surprises and delights?

How often are we really inspired by a blog post?

It’s time to have fun, infuse your content with your personality, and dazzle your readers with your words.

From: How to Write So Vividly that Readers Fall in Love with Your Ideas

Add an element of surprise

In all the examples so far, the 3 phrases seemed to form a logical trio such as powerful, popular, and persuasive; and old, neglected, and broken.

When you break your reader’s expectation of what’s coming next, you add an element of fun and surprise to your writing.

Mushy and lukewarm both have negative associations, so you’d expect a third negative word to turn up, but no. Dent breaks the expectation by introducing the word delicious. The abrupt change from negative to positive shakes expectations and makes readers pay attention.

Here’s another example from the same book; note that sketty means spaghetti:

Dad’s sketty is always, always delicious. Comforting, sweet and gloriously stodgy, because Dad boiled the pasta for at least thirty to forty minutes too long.

Gloriously stodgy is not a phrase you’d expect to come after comforting and sweet, right?

I came. I saw. I conquered. ~ Julius Caesar

The number three is the smallest number to create a pattern; and patterns please our minds.

Add a dash of flair. A sprinkle of rhythm. And a dollop of poetic beauty.

Your readers will hippety-hop through your content, with a smile on their face.

Extra examples of the rule of three

From Raymond Chandler’s The Big Sleep:

Shaved, dressed and lightly breakfasted I was at the Hall of Justice in less than an hour.

He was a medium-sized blondish man with stiff white eyebrows, calm eyes and well-kept teeth.

The man was long-legged, long-waisted, high-shouldered and he had dark brown eyes in a brown expressionless face that had learned to control its expressions long ago.

From Raymond Chandler’s Farewell, My Lovely:

The city has never been so uncomfortable, so crowded, so tense.

From Elif Shafak’s 10 Minutes 38 Seconds in this Strange World:

As Leila’s brain fought on, she remembered the taste of soil – dry, chalky, bitter.

A lull can be soothing, tranquilizing, and even restorative. It can be a time to retune and replenish. A lull can suggest a state of peaceful hovering, a prolonged mental daydream, a weightless interval.

From John McPhee’s Draft No. 4: On the Writing Process:

A piece of writing has to start somewhere, go somewhere, and sit down when it gets there. You do that by building what you hope is an unarguable structure. Beginning, middle, end.